The Basics of In Vitro Fertilization (IVF) 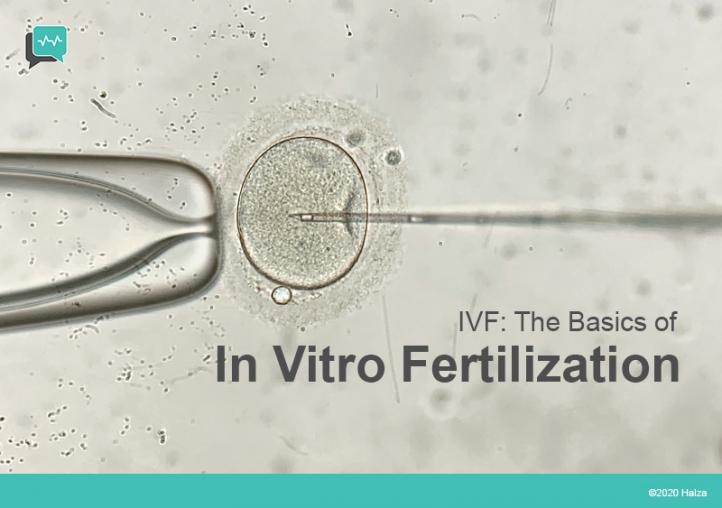 One of the top news items in 1978 was about the birth of a healthy baby girl. Normally, that would not be a newspaper headline or a TV news story, but this particular baby had been conceived in a laboratory, completely outside of her mother’s body. At the time, that was beyond most people’s wildest imaginations.

Since 1978, approximately eight million babies have been born thanks to that method, called ‘In Vitro Fertilization’ (IVF).

IVF uses several different treatments in a specific order. Many women get pregnant using just one or more of those treatments and don’t need IVF.

What Are the Reasons for Having IVF?

There are many reasons that a woman or couple would have IVF. These include:

Most women who use IVF have tried to conceive for at least a year without success. Women who are 40 years old or older, or who know they have a condition that affects conception might choose to have IVF or a simpler fertility treatment without waiting a year.

What exactly is IVF?

In IVF, the woman’s egg (or eggs) is retrieved through a surgical procedure, fertilized in the laboratory with the male partner’s sperm (or donor sperm), and the resulting embryo is placed into the uterus. The exact process is individualized for each woman, but in all cases, IVF is a multi-step process requiring:

Under normal circumstances, on the first day of a woman’s period, the ovary will begin to produce small sacs called ‘follicles’. Each follicle contains an egg. During the next 12-16 days, the eggs mature within the follicle. Then the woman ovulates, which means that the “dominant” follicle releases its egg. The egg drops into a fallopian tube and waits to be fertilized by a sperm. The rest of the follicles disintegrate.

The ovaries and developing follicles/eggs are closely monitored with ultrasounds and blood tests.

When ultrasound shows acceptably sized follicles (usually at least 15-18smm) the woman gets an injection of a hormone called hCG (human chorionic gonadotropin). This hormone triggers ovulation so that the doctor can retrieve the eggs at a scheduled time, around 36 hours after the injection.

With the woman under anesthesia, the doctor inserts an ultrasound probe into the vagina and withdraws each mature egg from its follicle. Later that day the woman goes home and can continue normal activity.

On the day of egg retrieval, the partner or sperm donor provides sperm to the laboratory. The sperm is sorted for quality and combined with the retrieved eggs in one of two ways:

The fertilized egg(s) begins to divide and grow. The initial single cell divides into 2 cells, which further divide into 4 cells, and so on. Within a few days several cells are actively dividing and growing. This is the embryo or embryos.

Roughly 3-5 days after egg retrieval the woman returns to the doctor. The embryo or embryos are gently placed into a thin catheter. The doctor threads the catheter through the vagina and into the uterus. The embryo is released from the catheter into the lining of the uterus.

The embryo attaches to the lining and will spend the next nine months there, growing and developing into a fetus ready to be born.

The number of embryos inserted into the uterus is a bit controversial. Multiple embryos raise the chance of pregnancy but at the risk of having a multiple birth (twins, triplets, or more). Multiple births are more likely to have complications.

Eggs from older women (whether they are the woman’s own eggs or donor eggs) have a lower success rate, and so doctors may be more comfortable placing two or more embryos. Younger eggs are more likely to result in a live birth, and so doctors often place only one embryo in the woman’s uterus.

If one or both of a couple has a genetic condition, the laboratory can test the egg(s) or embryo(s) for that condition. Only embryos without the condition are transferred into the uterus. Because there is some risk of losing embryos during this testing, it is only done if necessary.

IVF enables a woman to become pregnant using a donor egg, if her own eggs are not an option. IVF can also help a woman who produces eggs but cannot or should not be pregnant. She can have her eggs retrieved, fertilized with her partners sperm (or donor sperm) and placed into the uterus of a gestational surrogate.

IVF does not always result in a live birth. Some reasons for this include:

In most cases, at least one viable embryo is produced. When an IVF cycle fails after the embryo is placed in the uterus, the reason is usually that the embryo was unable to attach to the uterine lining.

After the procedure, the woman will have blood tests to ensure that her hCG levels are rising as expected. Abnormal hCG levels may mean that the pregnancy is not viable. If the pregnancy is viable, she will take progesterone for 8-12 weeks to support the growth of the embryo.

Can IVF Be Repeated If Unsuccessful the First Time?

However, it is important to be aware that IVF is emotionally stressful and very expensive. Women and their partners should seek emotional support from friends and family and/or from clinics that organize support groups. Support can also be found through local infertility associations.

The high cost of IVF, even with insurance, often limits the number of cycles people can try. In the U.S., a single cycle of IVF can cost over $20,000. Make sure you understand all the costs before you start.

What Is the Next Step If IVF Does Not Result in A Live Birth?

IVF is currently the most advanced and reliable method of becoming pregnant. However, the failure of IVF does not mean that a woman or couple cannot be a parent(s). Depending on the reason that IVF did not work, options might include:

-A gestational carrier is a woman who agrees to carry the embryo of the intended parents. Unless the carrier is a blood relative or provides the egg, the carrier has no genetic connection to the child.

-Not all countries allow gestational carrier pregnancy. Where it is allowed, there are many issues to consider including:

>What if the carrier’s lifestyle causes a miscarriage or affects the health of the fetus, through alcohol, drugs, or other unsafe behavior?

>What relationship, if any, will the carrier have with the child (particularly if the carrier is a relative or is providing the egg).

>How much will the carrier be paid, and what expenses are the parents expected to pay?

In countries where gestational carriers are allowed, both the carrier and the intended parents should have their own legal representation.

Although some people feel strongly that they want their own biological child, it is worth speaking to adoptive parents, many of whom once felt the same way. It is extremely important to work with a reputable adoption agency to ensure that everything is handled properly.

If the timing is not right for you to continue trying to get pregnant, or if you are having treatment that you know will cause infertility, you can freeze eggs or ‘extra’ embryos. Frozen embryos are just as viable as fresh embryos. There is a storage fee, and you will have to consider what to do with them if ultimately you don’t use them.

Fertility treatment t can feel like an endless cycle of hope, excitement, fear, disappointment, and grief. Do as much research as you can into choosing your doctor or clinic. Come to every appointment with a written list of questions. Follow the recommendations for a healthy lifestyle. Be prepared for a long journey with bumps in the road. Only your doctor can give you a realistic idea of your chances of having a baby, but the odds have never been better.

Halza is the innovative social-medical app, created to alleviate your health journey.

Take a detailed questionnaire before starting on your journey to prep yourself, your partner, and your doctor. Track each stage of the process, no matter the protocol you choose, and know what to expect at each step. Log your thoughts and moods along the way for improved mental clarity.

Halza also comes with a variety of other useful features for the health of the whole family – find out more here!

WHO | Infertility definitions and terminology

Bladder Infections in Females: Why am I getting them?

A UTI is an infection in any part of the

We’ve been told our entire lives to brush our teeth