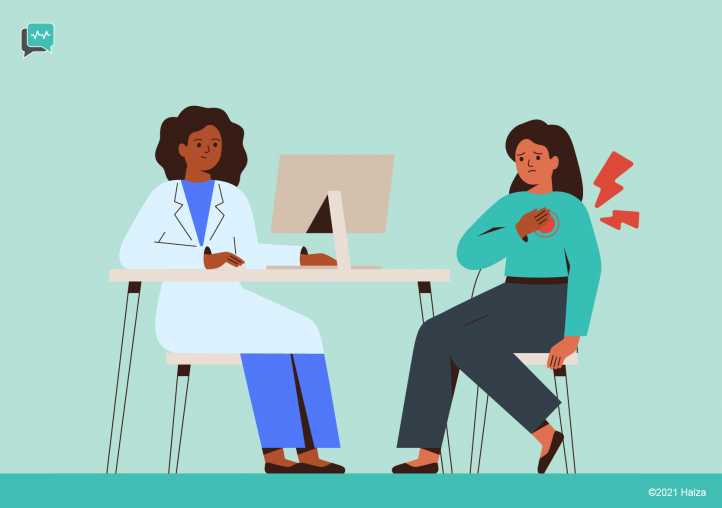 The term heart disease refers to several types of heart conditions. The most common type is called ‘coronary heart disease’ (CHD), and it is also the most frequent cause of heart attacks. CHD is due to a build-up of fatty deposits called plaque in the walls of the arteries that supply blood to the heart (called coronary arteries) and other parts of the body. The accumulation of plaque thereby causes the inside of the arteries to narrow over time, which can partially or totally block the blood flow, thus leading to complications such as angina and heart attacks.

A heart attack, also known as a myocardial infarction, happens when a part of the heart muscle gets insufficient blood. The more time that passes without effective treatment to restore the blood supply, the greater the damage caused to the heart muscle. A heart attack is a life-threatening emergency and requires immediate medical attention.

Heart attacks and their consequences can be quite serious in females. Research has also demonstrated that women have a higher mortality and a poorer recovery following a heart attack as compared to males. This can be due to many reasons. One of them is a difference in the symptoms that females experience whilst having a heart attack, which are often mistaken for another diagnosis. This potentially delays the diagnosis and management, thereby having a negative impact on recovery.

According to the CDC (Centers for Disease Control and Prevention), heart disease is the leading cause of death for females in the United States, and it caused approximately 299,578 deaths in 2017.

A report from the American Heart Association showed that 1 in 16 females aged 20 and above have coronary heart disease. These statistics are quite surprising!

What are the symptoms that females experience during an attack? 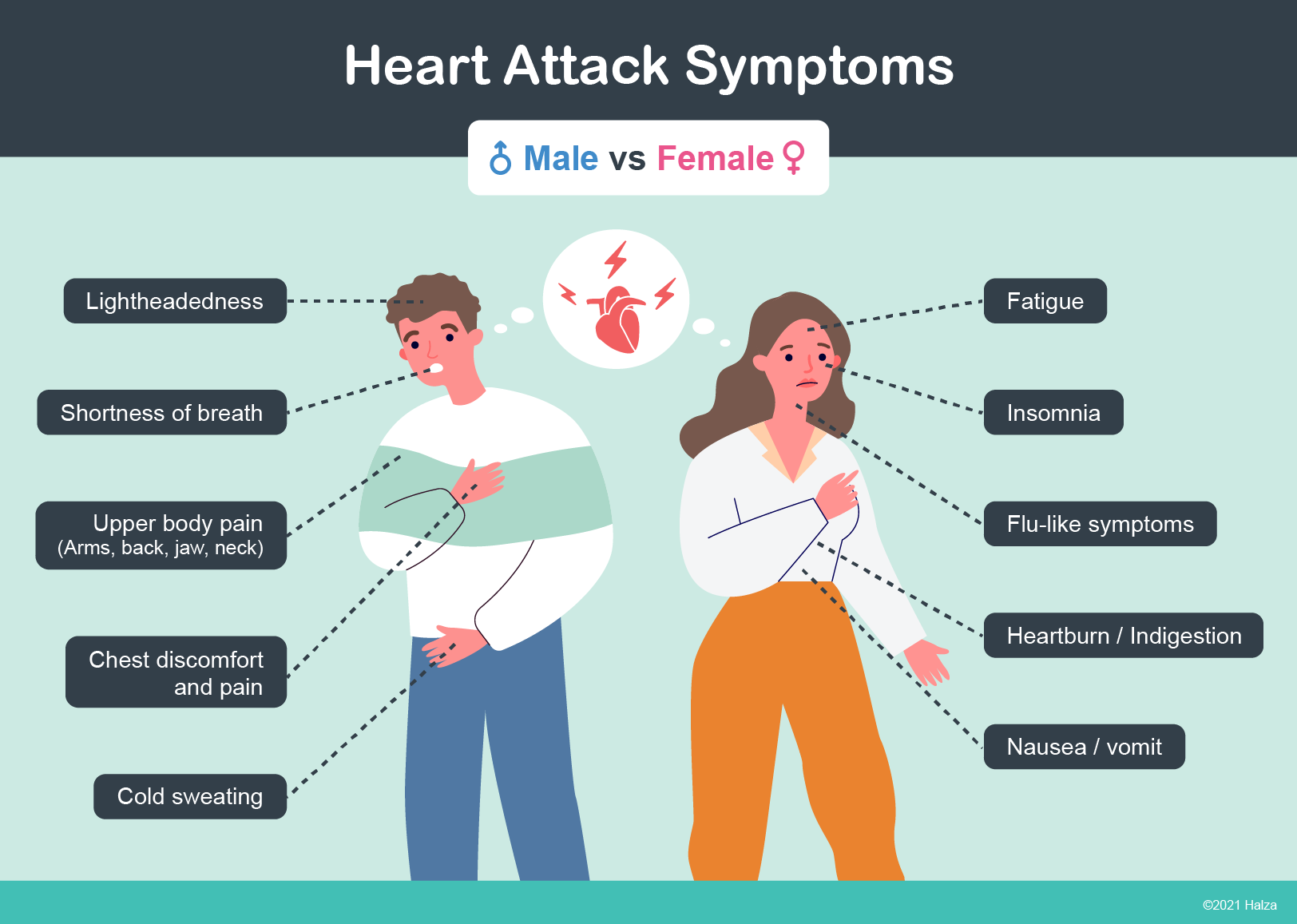 In general, heart attack symptoms (for both males and females) can vary from person to person, but the most common ones include:

These symptoms may happen when you are resting or during any form of exertional activity.

The typical symptom experienced by both genders is chest pain or discomfort. However, it has also been noted that females are more likely to experience the other symptoms, such as shortness of breath, nausea or vomiting, unusual fatigue and back or jaw pain.

In some cases, females experiencing a heart attack describe upper back pressure that feels like squeezing, or a rope being tied around them. Dizziness, light-headedness, or fainting are also additional symptoms to look out for.

Many females often assume the symptoms of a heart attack are unmistakable and associate their symptoms to some of the less life-threatening conditions such as acid reflux, flu or normal aging. In fact, symptoms of a heart attack can be quite subtle and sometimes confusing. Some would take painkillers and other remedies that they have at home to get relief of their symptoms, however they should really be calling the emergency health or ambulance services.

Why are there differences in the symptoms of a heart attack in females?

Heart disease in many females does not occur from obvious blockages in arteries, as it does in males. Instead, the plaque often spreads evenly along the artery wall or in the smaller arteries. This is called ‘microvascular syndrome’. Some experts believe that changes in hormones during aging or inflammation could be reasons why the smaller blood vessels are affected in females.

Blood flow to the heart can fall dangerously low in females with microvascular syndrome. But they often do not feel the intensity of the symptoms, for example the chest pain that usually occurs when larger arteries are blocked. Instead, they have more subtle symptoms which are not easily identified.

What are the risk factors for getting a heart attack?

The risk factors for heart disease and heart attacks, which are very important in its prevention and management include:

By managing these risk factors, you can greatly reduce your risk of getting heart disease and its complications.

Hormones can be a source of protection against heart disease for females before they reach menopause, however that protection is lost after menopause and the risk therefore increases. With that in mind, females should have regular health checks, especially after menopause and everyone should be maintaining a healthy lifestyle.

Why are heart attacks occurring in younger females?

A nationwide US study has found an increase in mortality from heart disease in females under the age of 65. The exact reasons are still unknown, however it is thought to be due to females possibly leading more unhealthy lifestyles and an increase in risk factors among the younger female population.

Do females have risk factors specific to them that increase their risk of getting heart disease?

There are certain conditions that affect females only, such as endometriosis and polycystic ovarian syndrome (PCOS) both of which have been associated with an increased risk of heart disease. Females can also develop high blood pressure and cholesterol during pregnancy which adds to the risk.

Are there any other differences between females and males?

An angiogram taken during cardiac catheterization is the gold standard test for detecting narrowing and blockages in the heart’s large arteries. However, as we have already discussed, CHD in females can affect the smaller arteries which are not clearly visible on an angiogram. Therefore, females as well as health care providers need to be aware of such differences and the possible diagnostic challenges, in order to improve the overall management and outcome.

What do I do now?

Here are some tips that will certainly help:

Research and clinical data have identified some gender differences in the physiological and anatomical processes associated with heart disease. This reflects on the way it presents in terms of its symptoms in females and can also pose diagnostic difficulty. Therefore, it is important to be aware of such differences, which helps in the prevention and management of heart disease including heart attacks among females. Try to get more information and guidance from the relevant health care providers if you are concerned about this.

Myopia: What is it?