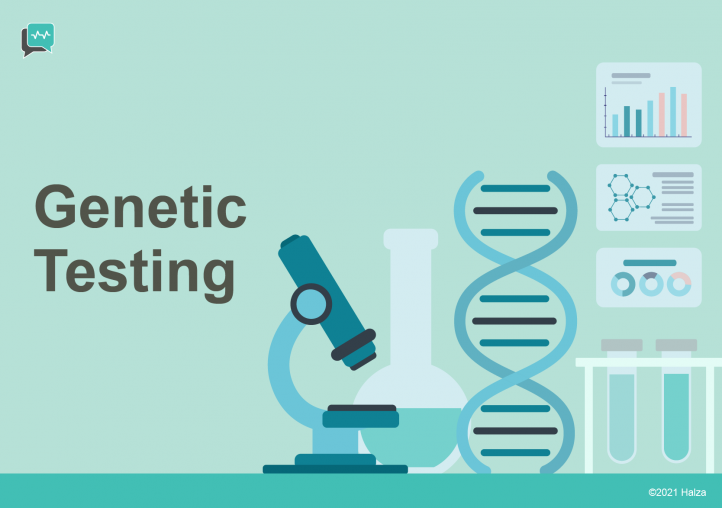 Genetic testing provides information that helps diagnose diseases and disorders which are directly inherited from one or both biological parents. Results of genetic tests also inform people if they have a condition that they might pass down to future children. Genetic tests can also help to guide treatment decisions for certain medical conditions

Genes are tiny segments made of DNA that determine the physical traits we inherit from our parents. Physical traits include what we look like and how our bodies develop and function.

Each one of our body cells contains 23 pairs of gene-carrying chromosomes, also made of DNA. One chromosome in each pair comes from our biological father and the other chromosome comes from our biological mother. However, only one of the two genes will be the dominant one. For example, if the gene contributed by the mother codes for brown eyes, and the gene contributed by the father codes for blue eyes, the child will probably have brown eyes.

Genetic diseases occur if the dominant gene, or both genes serving the same function, have a harmful mutation(change) or variant. Having a harmful variant doesn’t always mean you will develop the related disease, or if you do, that you will develop a severe form of the disease. Many factors can affect how a genetic variant affects a person and their offspring.

Some genetic diseases are a result of missing or extra chromosomes or pieces of chromosomes.

What are the different kinds of genetic tests?

Predictive testing is done if your blood relatives have a genetic condition, and you want to know if you too have inherited that condition. Symptoms of some genetic conditions can be prevented, delayed, or reduced if treated early. For example, you might be able to prevent genetically linked high cholesterol with medication and lifestyle changes.

A person who knows that they have the gene might decide to remove her ovaries before cancer develops, take medication to lower her risk, or have frequent exams. A person who would not do any of those options, but who has relatives with ovarian cancer, might choose not to be tested for a BRCA mutation.

Diagnostic testing confirms that you do or don’t have a suspected genetic condition. It can also help you find out if you have certain genetic variants of the condition and help doctors plan treatment tailored to that variant. Diagnostic testing can be done in utero and at any age. If you find out that you have a genetic condition, your family members might choose to be tested for that condition.

Newborn screening is done on all babies in the U.S. shortly after birth for conditions such as phenylketonuria, which can cause intellectual disability and/or seizures if untreated.

Clinical exome testing looks at all genes that are related to medical conditions. It is usually limited to cases that are unusually complex or rare, or that involve multiple genes.

Panel tests look at several genes that could be related to a particular symptom or condition. For example, to identify (and treat) an unknown condition causing a child’s delayed growth, doctors would test several seemingly unrelated genes which if mutated, would cause delayed growth. If the mutation is found on a gene involved in producing growth hormone, the doctors might prescribe growth hormone injections.

Another form of panel testing looks for mutations that are found at higher rates among specific ethnic groups. For example, a panel that might be recommended to people of African descent would include tests for sickle cell disease and alpha-thalassemia; and a panel designed for Ashkenazi Jews would include tests for Tay-Sachs and Canavan diseases.

Carrier testing can tell if you have a genetic mutation that is linked to a disease. If Person A has a recessive gene mutation inherited from one parent, Person A would not show symptoms but could pass that gene on to a child. If Person A’s partner, Person B, has inherited the same mutation from one parent, Person B can also pass on that gene. The couple’s children each have a 25% chance of developing the genetic condition, a 50% chance of being a carrier, and 25% chance of not inheriting the mutation at all.

Carrier testing is helpful if you have a family history of a genetic condition or if you are a member of an ethnic group at higher risk of inheriting genes for certain conditions.

How can this information help with family planning? 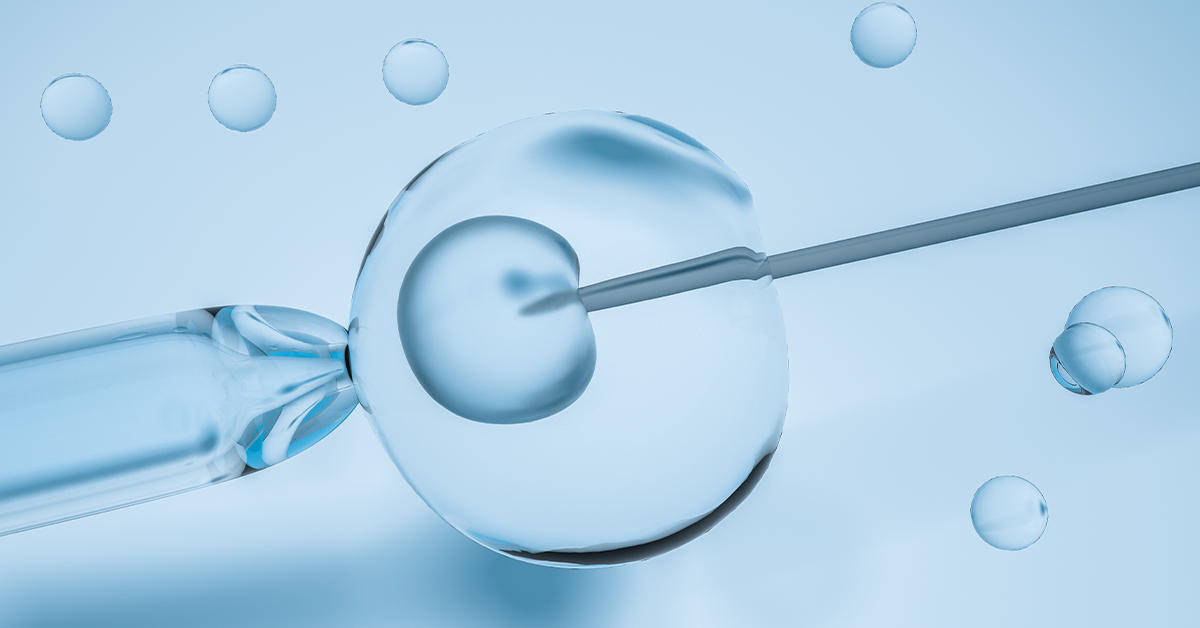 If one partner has a genetic condition, or both partners are carriers, their biological children are at risk for the condition. Knowing this, the couple might choose to:

Each sperm and egg should contain 23 chromosomes, the thread-like structures that carry our genes. In a random occurrence, an egg or sperm might have a different number of chromosomes, or an extra or missing part. Chromosomal abnormalities can cause many conditions, ranging from mild to life-threatening. 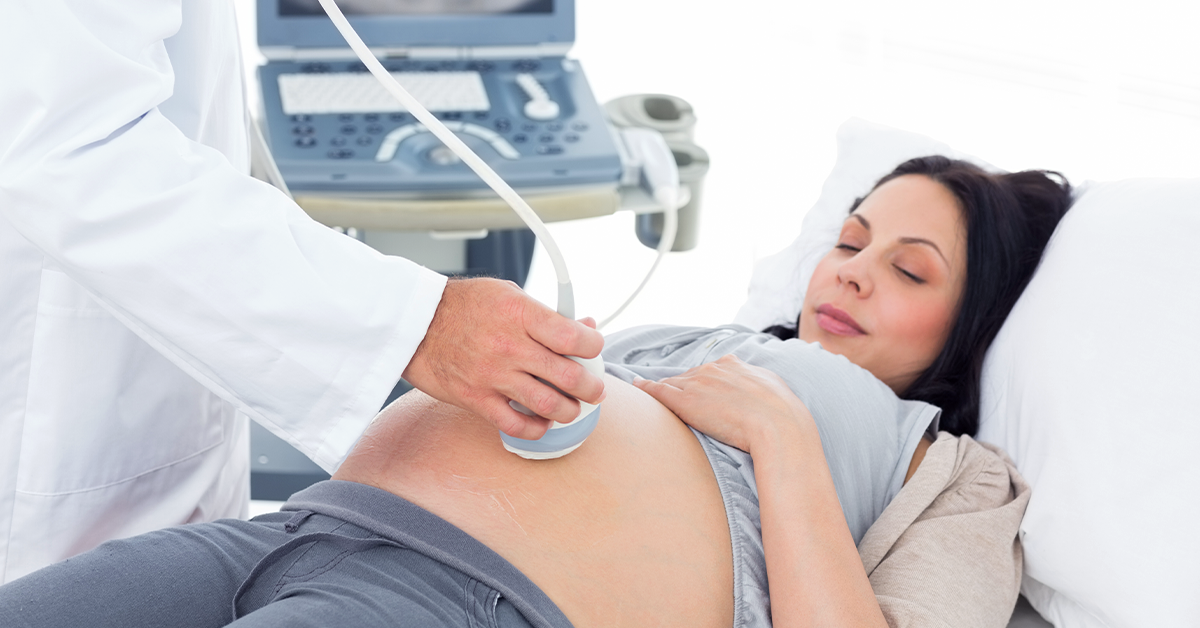 Are there genetic tests for conditions that are not inherited?

Some genetic tests look at gene mutations that a person has acquired during their lifetime. These mutations only affect the genes in a specific body part. For example, sunburns can cause mutations to the genes in sun-exposed skin cells, causing skin cancer. This type of mutation isn’t directly inherited from parents and isn’t directly passed down to offspring. However, inherited gene variants, whether harmful or not, might increase a person’s risk of developing an acquired mutation. For example, light-haired, light-eyed people have a higher risk of developing skin cancer.

Are there genetic tests to guide cancer treatment?

Cancerous tumor cell genes have mutations that cause uncontrolled cell division. There have recently been tremendous advances in the ability to test tumor cell DNA in order to determine the most effective therapeutic agent. In addition, pharmacogenomic tests can help determine how the patients body will react to selected medications.

How do I decide which genetic tests to have?

Choosing the appropriate tests is extremely important. For that reason, genetic testing is usually conducted by a team consisting of a doctor who specializes in genetics, along with a genetic counselor. They will review your medical records and family history with you to determine which tests to do.

They will also explain some of the limitations of genetic testing. For example, a person can have symptoms of a disease but have a negative genetic test result if the genes that are tested are not the genes responsible for the symptoms. Or a person can have a negative test result for a certain disease yet develop that disease later because of an acquired mutation. Also, a positive tests can’t always accurately predict how severe symptoms will be, or when they will start.

What questions should I think about? 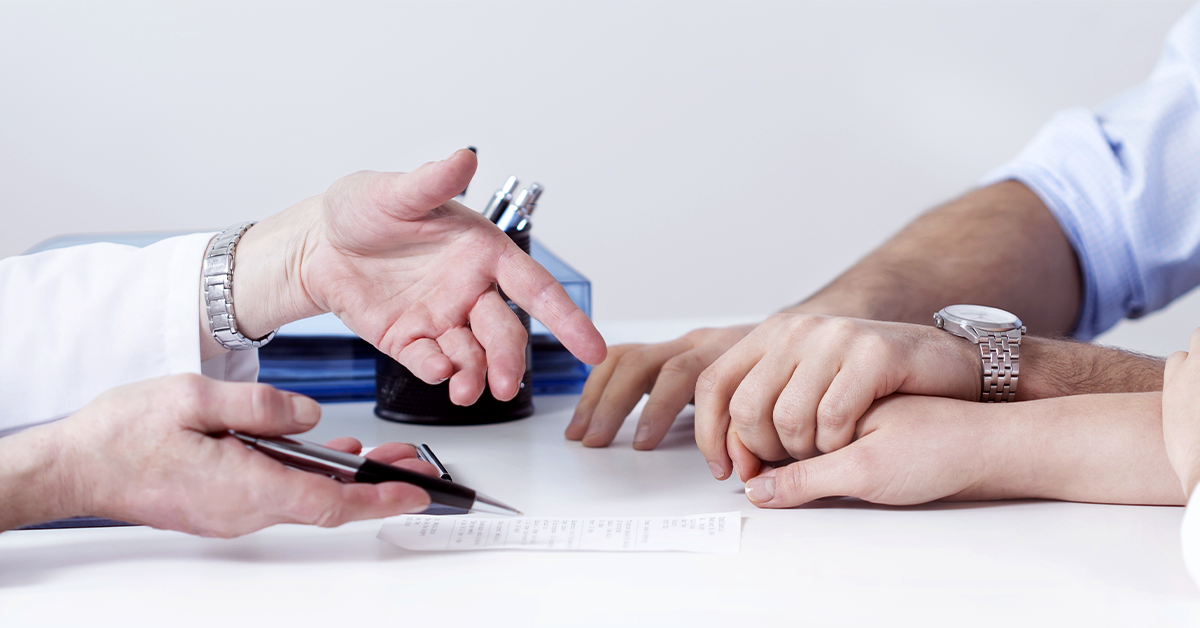 The genetic counselor can help you think about how a positive test result might affect you. For example, if the test comes back positive:

Deciding whether to have the test done is a deeply personal decision that only you as the patient can make. That decision is not always obvious. However, by considering the issues that are most important to you, and by talking it through with the genetics team and any loved ones you choose to include, you will make the best decision – the one that feels right to you.

Manage you and your family’s health easily with the Halza app!

Store, track & share all of your child’s medical records to have them with you, wherever you go. Monitor your child’s growth and vaccination schedule as well as upload reports and doctor’s notes all with the Halza app. QuickShare a complete overview of you or your child’s health with any attending doctor in seconds, during emergencies or whenever you need.